For understandable reasons, the last four, regular monthly episodes of the Small Data Forum podcast have been focused – almost to the point of obsession – on coronavirus. From the uncertain first fumblings of life under lockdown, through escalating mortality and morbidity, and on to a fundamental lack of trust in the competence of blustering, blond, male, right-wing leaders … the last four episodes have had it all.

Some have said that this podcast was made for events like the pandemic, scrutinising as we do the uses and abuses of data big and small in politics, business, and public life. There’s been plenty of that about of late.

So, with lockdown restrictions being lifted all around the world – and Government advice completely ignored on the beaches of Bournemouth in the mini-U.K. heatwave last week, leading Dorset police to declare the overcrowding “a major incident” – our focus in this episode was much more catholic. Indeed, with Facebook, GDPR, and brand safety the dominant topics, you could be forgiven for thinking you’d fallen through a wormhole in the space-time continuum and teleported back to 2018. 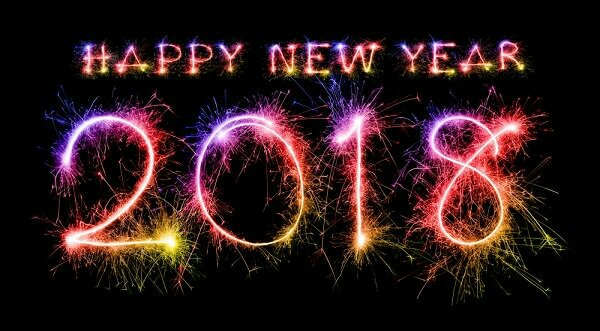 Facebook. Welcome back, Facebook. Sam starts us off by reflecting on the growing pitter patter of major brands signing up to the Stop Hate For Profit campaign, starting with the holy trifecta of outdoor apparel, Rei, North Face, and Patagonia. They’ve been joined by Unilever’s social conscience, Ben & Jerry’s, and most recently by Verizon, which CNBC reports had spent $1.5m on Facebook and $400K on Instagram advertising in the past month alone.

Meanwhile at virtual Cannes – presumably suitably refreshed by a virtual glass of frosé – P&G’s Chief Brand Officer Marc Pritchard suggested that the Cincinnati FMCG behemoth might consider pulling ads from the Facebook’s platforms, too. Remember it was Pritchard who dubbed the digital marketing ecosystem “murky at best, fraudulent at worst” in the wake of the ANA’s landmark media transparency study in January 2017 in a speech dubbed by sweary, contrarian, adland prof Mark Ritson “the biggest marketing speech for 20 years”. Pritchard went on to remove all P&G spend from YouTube for 12 months as the company worked with YouTube and Google parent company Alphabet to address brand safety issues on the platform. The eponymous founder of “brandtech group” You & Mr Jones, David Jones, told U.K. ad bible Campaign that Facebook “had been stupid” on hate speech and risked extinction in a decade – as Yahoo had before it – unless it can become a force for good.

The rare, rumoured appearance of Zuckerberg – dubbed “the automaton in the grey t-shirt” by Thomas – on media agency conference calls this week seems to have poured little effective oil on Facebook’s troubled waters. For as Neville points out and reports from CNBC, Facebook’s share price took a 2% tumble on news of bigger brands’ growing support for Stop Hate For Profit and growing desertion of Facebook.

Neville goes on to suggest that big brands may be exerting undue influence on the platform for political (and PC) lines, a point which Sam underscores by reminding us all that Facebook and Alphabet in fact make up to 70% of their revenue not from big brands but from mom-and-pop enterprises and SMEs.

While these smaller businesses – like the ones selling artisan face masks Neville identified in a recent episodes – may be run by entrepreneurs who care deeply about the issues underpinning Black Lives Matter and Stop Hate For Profit, they have neither the share of voice nor opportunity to make a stand like a multinational can. They balance this with the fact that they’re also not listed on stock exchanges and so less liable to suffer reputational and financial damage if they take no action in the face of consumer pressure.

Note: this is a particularly fast-moving story. We recorded this episode at 8am BST on Friday 27 June. Barely 12 hours later, the Wall Street Journal was reporting that Unilever had suspended advertising in the U.S. on Facebook (and Twitter) for the rest of 2020. Meanwhile, Coca-Cola is doing more for an initially shorter time: “pausing its global ad spending on all social-media platforms for at least 30 days—including Facebook, Instagram, Twitter, YouTube and Snap Inc.” By close of trading last Friday, Facebook shares were down almost 8%. And then Starbucks joined in and … and … and … Who knows where we’ll be by the end of the week?

We are reminded by Neville again that Facebook in fact does do a huge amount of good in developing and emerging economies, connecting people and places with physical, digital infrastructure. The cynic in Thomas suggests this is just to get long-term sign-ups to Facebook, WhatsApp, and Instagram, to which Sam chips in with “Mussolini got the trains running on time”. Thomas steadies the ship and brings us back to earth by taking us to the German Federal Court in Karlsruhe, which added recently concluded that Facebook is guilty of abusing its dominant market position. Plus ç’est la même chose.

If Facebook baiting isn’t 2018 enough for us, we next turn our attention to GDPR – yes, the European Union’s General Data Protection Regulation. Had you forgotten about it already? Ad Contrarian Bob Hoffman certainly hasn’t, and in a podcast conversation with Alan B. Hart of Marketing Today, Hoffman calls bullshit on GDPR and declares it to have been an abject failure. He suggests that the regulation should have been written by a copywriter, not lawyers and bureaucrats; Sam suggests that a data storyteller would have been ideal.

Resident regulatory expert Neville recalls GDPR Day – 25 June 2018 – with a twinkle in his voice. He also remembers that a lot of companies and a lot of individuals did a lot of work in the run-up to that momentous day (which should perhaps remind us of all that Millennium Buggery 20 years before). And while there have been a few high profile examples of big private companies being targeted by country-level Data Commissioners – notably in Ireland, where many of the tech giants choose to locate their European HQs for reasons of “tax efficiency”; so efficient, in fact, that they pay little or no corporation tax – there is a sense that GDPR has been a bit of a limp exercise in window dressing.

Neville cites a recent article from TechCrunch in which lead writer Natasha Lomas concludes that, two years on, GDPR has been characterised by a “lack of vigorous enforcement”. A familiar refrain for this topic – as for Facebook advertisers taking action on Stop Funding For Hate – is Lomas’ conclusion that “the legislation has created a moat for dominant multinationals, at the expense of smaller entities”. Sam suggests that “not-invented-here syndrome” is another reason for GDPR’s relative lack of impact. The EU creates the regulation and then mandates country-level Data Commissioners to enforce it for them.

We return to another aspect of where we started, and the impact of Black Lives Matter on brands – and particularly brands whose visual identities and iconography has roots in the legacy of slavery and discrimination. These range from Uncle Ben’s rice – with parent company Mars now scrapping the brand image of a black farmer because it “is out of step with the times and BLM campaign” – to Aunt Jemima. Aunt Jemima is a brand making syrups, pancake mixes, and breakfast foods owned by Quaker Oats (and so ultimately PepsiCo) which for 131 years has featured a logo “inspired by a 19thcentury minstrel celebrating the ‘mammy’, a black woman content to serve her white masters”.

Not before time, Quaker / Pepsi have decided to “retire” Jemima (though this has caused a complex furore in multiple directions). Thomas is particularly surprised that Quaker Oats – which has been “anti-slavery forever”, taking action, petitioning governments before 19th century repeals – could not have reached this conclusion before.

Sam reminds us that it was only 2002 that Robertson’s jam retired its “iconic” Golly character, although at the time they said they’d done this because “children no longer recognised the character and insisted the decision had nothing to do with ‘political correctness’.” For our Dutch and Belgian listeners, Christmas 2019 looks like it was the last appearance of Zwarte Piet.

How, thankfully, times change. And how reassuring it was to sink our teeth once more into old favourite topics like Facebook and GDPR. We’ve missed you, old friends, but it’s good to renew your acquaintance.

We end with a discussion that cues up a longer debate on trust in the episode 38, triggered by a recent report by Oxford University’s Reuters Institute for the Study of Journalism. The study records massive erosions of trust for the media (and politicos) in the period 2015-2020, the half-decade that’s brought us Trump, Johnson, Farage, and Corbyn. In the U.K., hacks and their outlets have suffered a 20% fall from grace. Sam is particularly attracted to the study’s comparison of falls in trust in the U.K. vs the U.S. because it shows a powerful country by political persuasion interaction. In the UK, trust in journalism has fallen among left-leaning folk from 42% to just 15%, while the tumble is less pronounced among right-wingers, from 58% to 36%.

Meanwhile, in the U.S., with Trump shouting “fake news” at some of the world’s most reputable and inherently trustworthy news outlets like a dog whistle for five years already, trust among right-wingers was low in 2015 at 23%, but plummeted to just 13% this year. Meantime, left-wingers – probably not comparable for their Weltanschauung with that of European liberals, but there you go – actually saw their trust in journalism spike, from 32% to 39% over the period, while at times it topped 50%.

In the same period, actual news consumption – particularly from original sources has plummeted. Social platforms like Facebook – as well as news rip-off sites designed purely to attract unthinking programmatic ad spend – have surged in popularity, taking credit and raking in cash from for journalistic content without actually producing it, just sharing it. “Who do people trust, then?” muses Neville. “Their friends, perhaps?”

Well, friends, time caught up with us, and with that question for now rhetorical, this is where we’ll start in our next episode in about a month’s time.

Thank you, as ever, for your consideration.

Sam Knowles is a data storyteller and the Founder & MD of Insight Agents. His purpose is to help organisations talk Human and sound like people. An established and sought-after trainer, speaker, and podcaster, he is the co-founder and co-host of the Small Data Forum podcast and chair of I-COM’s Data Storytelling Council.

Sam is the author of the critically-acclaimed book Narrative by Numbers: How to Tell Powerful & Purposeful Stories with Data (Routledge, 2018, with more at www.narrativebynumbers.com). This has just been followed by a sequel, How To Be Insightful: Unlocking the Superpower that Drives Innovation (also Routledge, May 2020, and more at www.HowToBeInsightful.com).

Enter your email address to subscribe to this blog and receive notifications of new posts by email.

You can find out more about which cookies we are using or switch them off in settings.

This website uses cookies so that we can provide you with the best user experience possible. Cookie information is stored in your browser and performs functions such as recognising you when you return to our website and helping our team to understand which sections of the website you find most interesting and useful.

Strictly Necessary Cookie should be enabled at all times so that we can save your preferences for cookie settings.

If you disable this cookie, we will not be able to save your preferences. This means that every time you visit this website you will need to enable or disable cookies again.